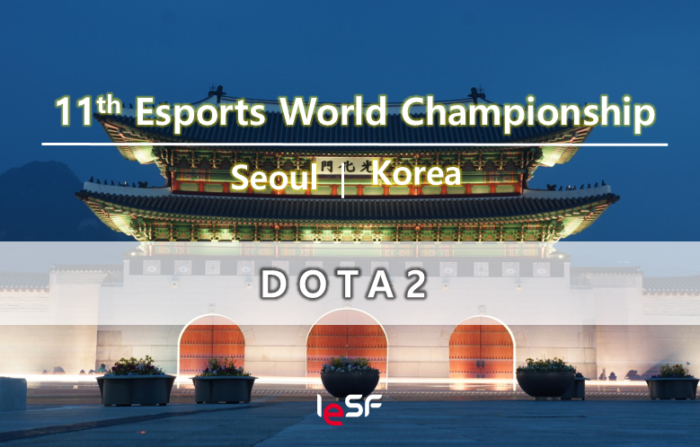 International Esports Federation (IESF) hereby announces DOTA 2 as the first official game title to be included in the 11th Esports World Championship in Seoul, Korea. Considered to have universal appeal, DOTA 2 has been selected by IESF. According to Global Esports Market Report 2019 sourced from “Newzoo”, DOTA 2 has ranked in the top 3 as the most watched game title on Twitch and YouTube Gaming with 250.4 million hours.

IESF is currently in the process of selecting additional game titles and shall make the final announcement for all official and demonstration game titles after completing all negotiations with the Game Developers.