IESF is very pleased to announce that eFootball PES series, Tekken 7 and DOTA 2 are the first titles announced for the 12th Esports World Championship in Eilat, Israel.

DOTA 2, developed and published by Valve Corporation, is one of the most popular Esports titles in recent years. Played in matches by two teams of five players, the multiplayer online battle arena (MOBA) game enjoys enormous global Esports following.  Sweden was the gold medal champion at the 11th Esports World Championship in Seoul with a team that included gamers “Chessie”, “Xibbe”, “Charlie”, “EGM”, and “s4”.

Colin then added, “Special thanks must be extended to the publishers of the titles for the use of such titles. Without the continued support of the publishers, Esports would not be the most vibrant sport in the world.”

IESF is looking forward to seeing all the world’s best national teams represent their countries in these titles and more at IESF’s 12th Esports World Championship in Eilat, Israel.

International Esports Referee Academy is dedicated to the development of standards and intensive curriculum designed to educate and increase the expertise of national and international Esports referees. This is done in order to support the integrity of Esports, and to contribute to the success of athletes, teams, and events on the world stage.

The curriculum has been developed by the IESF together with game publishers in an effort to ensure that it meets the highest standards. “Referees are the front-line of all of our member federations,” says IESF President Colin Webster, “as such, the IESF is committed to capacitating referees to the best of its ability to ensure the long-term growth and sustainability of Esports.”

The course will also be made available to National Federations (NFs) for use in training referees for national competitions. This will be especially useful in emerging Esports markets, where the course will serve to legitimize national curriculum, and even provide an additional revenue stream.

Candidates for IESF’s International Esports Referee program shall be nominated by member federations. Such member federations will nominate their best and their brightest. Member National Federations have until Wednesday, February 12th to make their nominations. 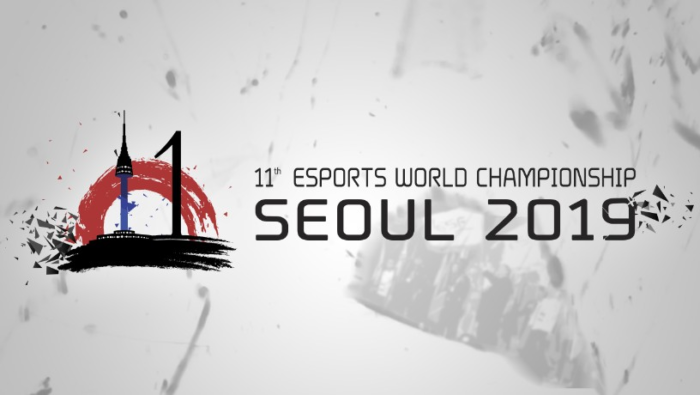 The International Esports Federation (IESF) hereby announces the final participants of the 11th Esports World Championship (WC). A total of 47 nations worldwide will gather in Seoul, Korea, to compete in three official titles, representing their country and passion for esports.

The 2019 WC will be held through December 11th -15th. As the largest international esports tournament where athletes represent their country, IESF’s 11th WC Seoul is confident and ready to host all esports athletes from around the world

The world’s fastest-growing sports sector, Esports, has expanded its global footprint with the announcement of a strategic partnership that will see its operations make significant headway in the Middle East.

The new agreement – a joint venture between the International Esports Federation (IESF) and one of the region’s most established media companies, Motivate Media Group – comes ahead of the launch of a world-class annual Esports industry summit and consumer exhibition event in Dubai in 2020.

Endorsed by the IESF, Dubai Sports Council, and Emirates Esports Association, the event will be a celebration of Dubai’s journey as a global destination hub for Esports organizations and industry leaders, thinkers, influencers and gaming enthusiasts.

Esports is the fastest-growing sports category globally with more than 300 million gamers in the Middle East alone.

Colin Webster, President of the IESF and Ian Fairservice, Founder and Managing Partner of Motivate Media Group, signed an MoU establishing a joint venture that introduces the most significant initiative of its kind for Esports in the region.

‘IESF is really excited to be collaborating with Motivate to establish a number of world-class Esports products that represents an important step in supporting Esports growth in the UAE, the Middle East and globally,’ says Mr Webster.

‘The potential for Esports in the Middle East is now being realised. ‘A national strategy is required to establish and house this remarkable ecosystem, Dubai is an amazing city and Motivate Media Group, celebrating its 40th year, is a perfect partner that can help support this vision.’

Mr Fairservice concurred: ‘With the evolution of technology and the ongoing emergence of all forms of sport as a cultural and entertainment touchstone in society, there is no better time to launch an initiative that embraces this convergence.’

‘We see the future in Esports as being one of the most dynamic and rapidly expanding platforms in new media and are thrilled to be partnering with a leading institution such as the IESF to develop this in the Middle East.’

Colin Webster added that the IESF is absolutely delighted to be attending another world first by Dubai Sports Council.

‘Artificial Intelligence will have a considerable impact in all aspects of life, and sport is no exception. By providing thought leadership to AI in Sport, this will clearly help shape future policy and its applications for a better world. The UAE was one of the first countries, if not the first, to appoint an AI minister as part of its portfolio. HE Omar Al Olama is a remarkable person with such insight.’

‘The IESF looks forward to our continued collaboration with Dubai Sports Council for the betterment of sports and humankind.’

The International Esports Federation (IESF), based in Busan, Korea, is a not-for-profit organization that works consistently to promote Esports as a true sport which transcends language, gender, race and cultural barriers. Established in 2008, with nine founding nations, its membership has now expanded to over 56 countries.

The IESF has established robust policies that ensure the welfare of its participants, whilst protecting the integrity of Esports.

Structurally, it comprises a board, members of whom usually serve a four-year term and are duly elected by member federations.

Other initiatives that IESF has developed for the betterment of Esports include an annual Esports World Championship, which is in its 11th edition, and a Global Esports Executive Summit (GEES) which was launched four years ago.

As an international federation for Esports, the IESF’s obligations include hosting international Esports tournaments, expanding the range of member nations, and establishing standards for referees, players, certifications, titles and competitions.

Motivate Publishing was founded in 1979 by Ian Fairservice and, together with his partner HE Obaid bin Humaid Al Tayer, the United Arab Emirates Minister of State for Financial Affairs, has developed the company to become one of the most successful media groups in the region. Motivate Media Group has more than 25 editorial titles across print and digital, and a diverse range of contract publishing, as well as a celebrated books division, content provision services, events management, diverse international joint ventures and leading cinema advertising business, Motivate Val Morgan. www.motivate.ae

Today on 05th November, Shri Piyush Goyal Hon’ble Minister of Commerce & Industry and Railways, in a major boost to Indian esports, gaming and AVGC industry declared open the Nations Cup (International Esports Championship) to be held at Global Exhibition on Services 2019 in Bengaluru and unveiled the Trophy for Nations Cup during the curtain raiser event for GES 2019 held at ITC Maurya, New Delhi.

During his launch address to the audience including Mr. Jagdish Shettar – Hon’ble Minister of Large & Medium Scale Industries Government of Karnataka and Diplomats from various Embassies he quoted “I was very delighted to hear the report which was shared in terms of the efforts to bring Animation & Esports into the country, this is the new age world that India needs to engage with..”

SEPC will be organizing Nations Cup (International Esports Championship) in association with Electronic Sports Federation of India (ESFI) during the Global Exhibition on Services which is being held from 26th-28th November 2019. The Nations Cup will be one of the key highlights during GES and this being held at such a high profile services event will open up multiple avenues for the services industry particularly esports, gaming, animation etc.

As part of the Champion Sector under SEPC for Culture & Sports, there will be B2B meetings also aligned for the Indian Esports Companies and Video Game Developers.

Global Exhibition on Services (GES), the 5th edition of Global Exhibition on Services (GES) 2019 is being organized and supported by Department of Commerce, Ministry of Commerce & Industry, Government of India in partnership with the Services Export Promotion Council (SEPC) and the Confederation of Indian Industry (CII) from 26-28 November 2019 at the Palace Grounds, Bengaluru, Karnataka. This event is expected to have participation from about 100 countries and will host focused knowledge sessions and a large number of B2B B2G and B2C meetings. The upcoming GES 2019 will provide a platform for forging sustained partnerships amongst countries in the identified champion and focus services sectors. These include Cultural and Sports, Tourism and Hospitality Services, Medical Value Travel, Accounting and Finance Services, Legal Services, Infrastructure, Construction and Related Engineering Services, Environmental Services, Environmental services, Telecommunication services, Facility Management services, Intellectual Property Rights, Recreational, , Legal Services, Printing & Publishing, Aviation and space.

The GES 2018 was a collective success with participation from about 100 countries, 500 overseas delegates, over 628 exhibitors and more than 7000 structured B2B Meetings. At this edition, the Hon’ble President of India formally launched the 12 Champion Services Sector.

India is emerging as a leader in esports and video gaming, a growing field that has fascinated the interest of millennials like never before. The Indian digital gaming industry is growing rapidly due to smart phone penetration and cheap Internet.

Currently, India stands at a global number 17 in the soon-to-be USD 1.5 billion video games industry. Estimated to be about $818 million, the Indian video games sector while vastly unstructured, is growing rapidly. The number of online gamers has increased from 20 million in 2010 to 250 million in 2018, whereas the number of game developing companies has grown from 25 in 2010 to 250 in 2018. India won a Bronze Medal in for esports in Asian Games 2018. 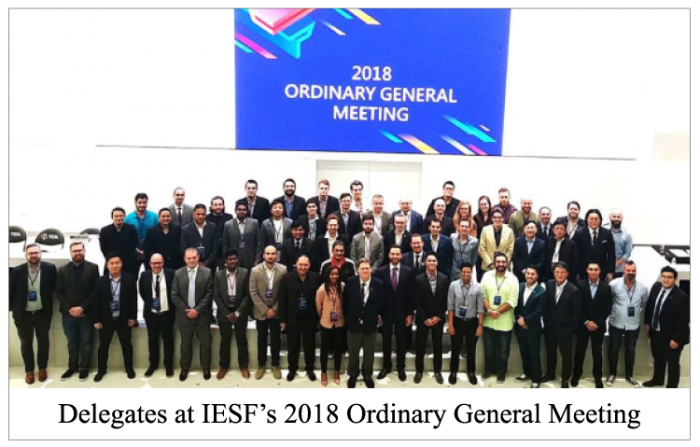 All the players are also requested to pay their registration fees with eSewa with below link by 12 Oct 2019 for Dota2 and CSGO and 15 Oct 2019 for Patan College FIFA 2019 Inter College Championship.

NESA as open the registration of PATAN COLLEGE FIFA 2019 INTER COLLEGE CHAMPIONSHIP thru online as well.

Once the player fill-up the form they will be getting further instruction and details for the tournament.

How to Submit Forms
Send scanned copy of registration form by email to eventesportsnepal@gmail.com.

Confirmation & Payment
Once you get the confirmation email then you can process for payment thru esewa.com.np